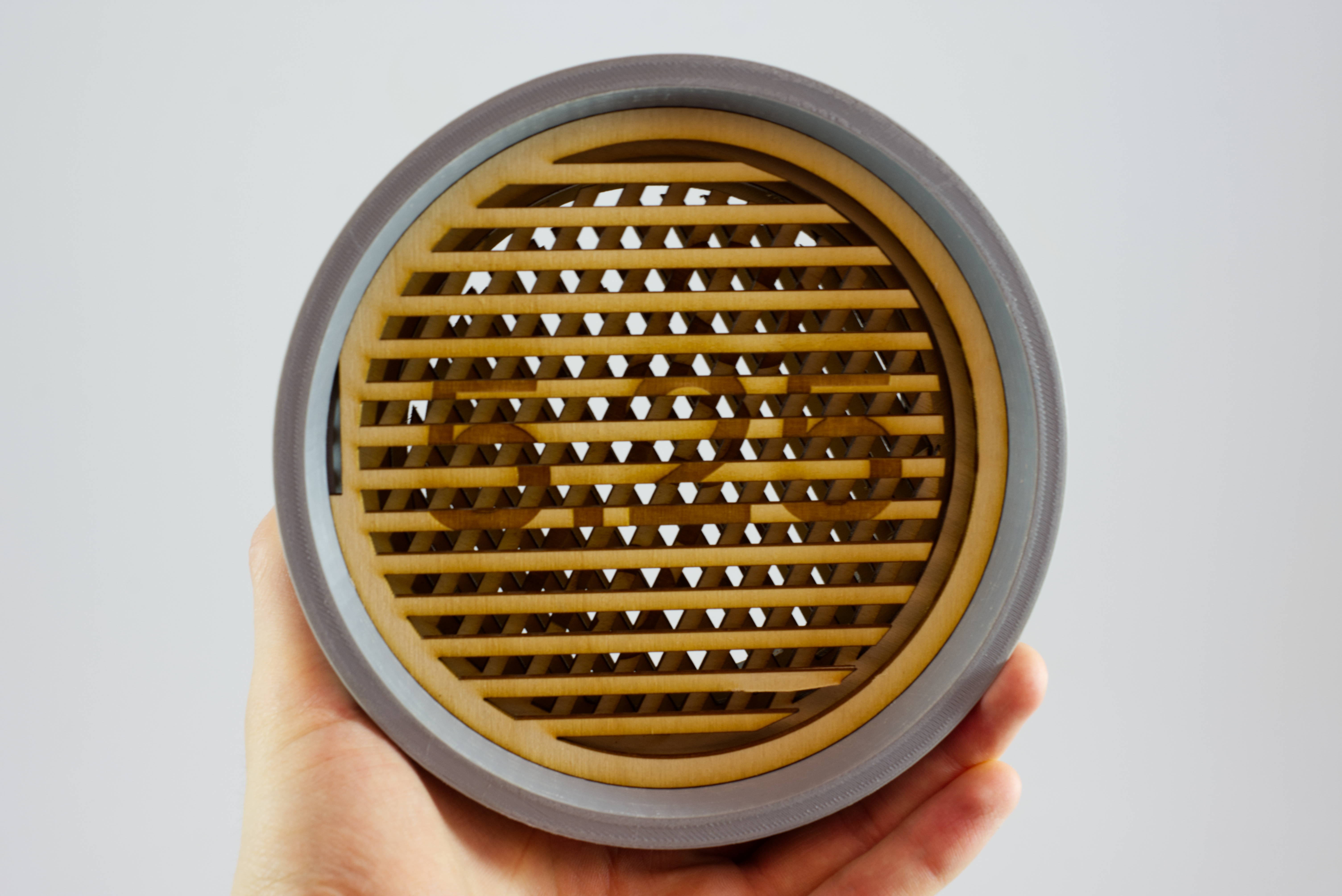 The modular horns was the next phase from the Sound Lab project. Moving on from observing and exploring the different sound qualities, these modular horns allow users to create new soundscapes.

The two modular horns I have created can produce different soundscapes by mixing the circular plates and re-arranging them. 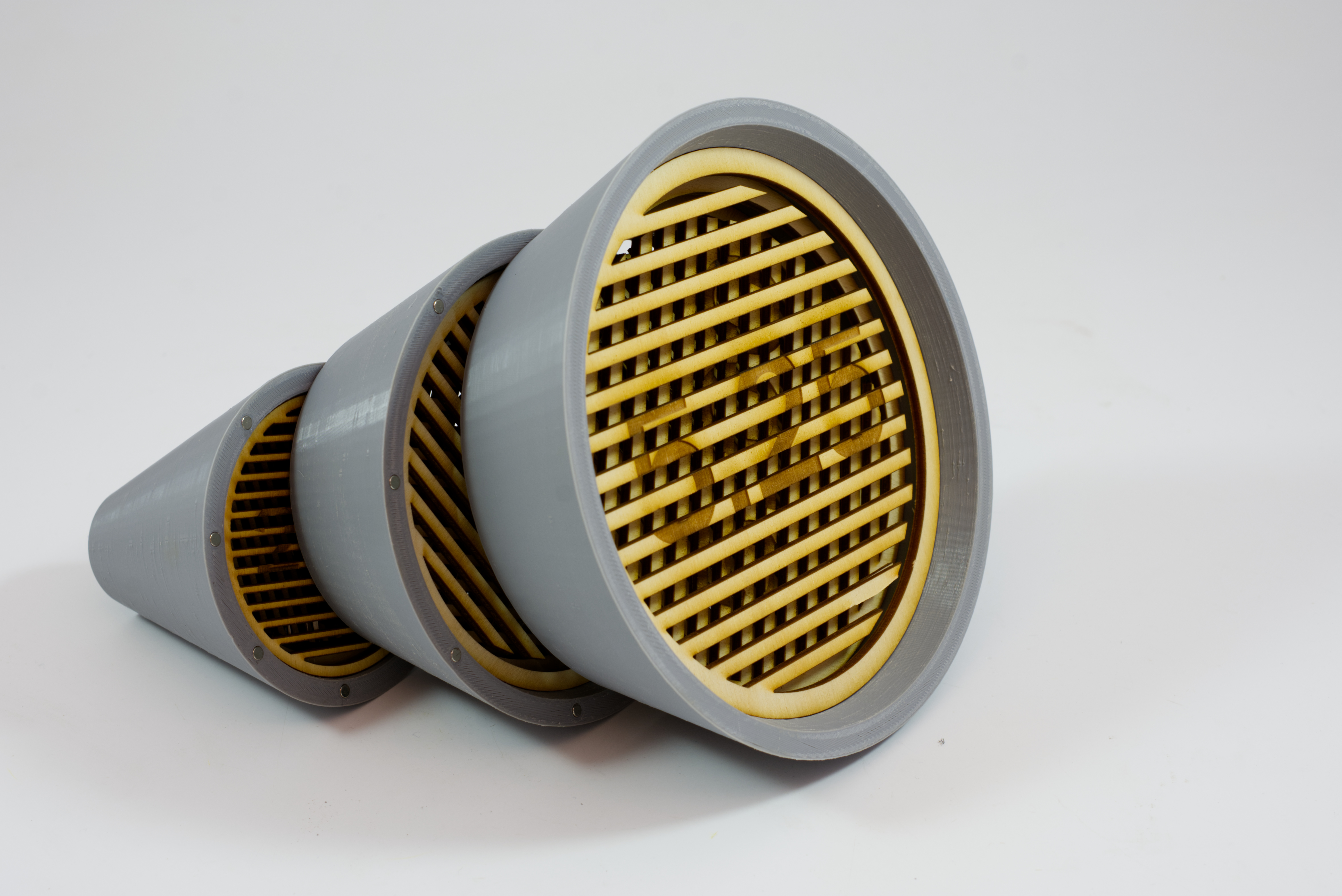 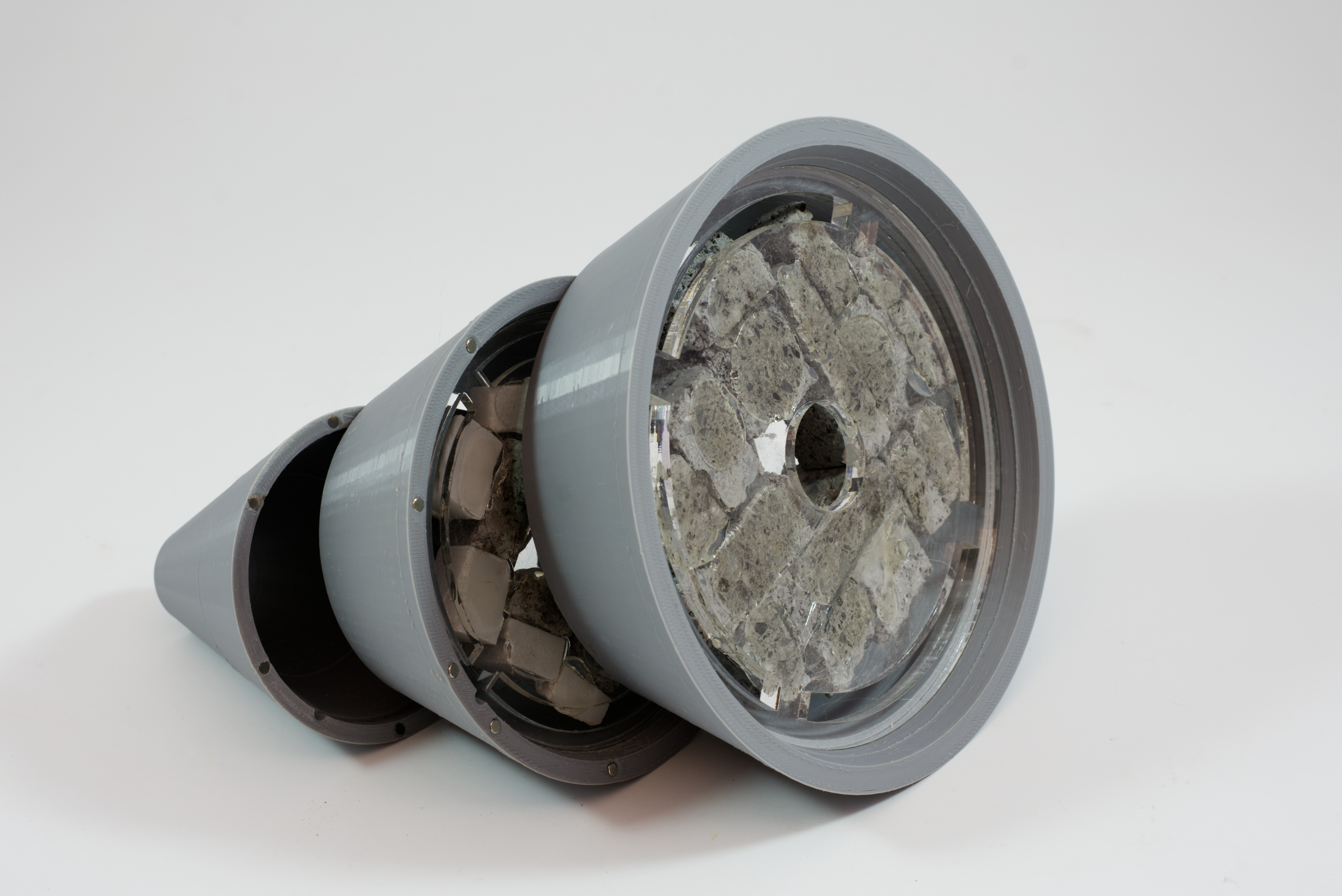 Both horns are split into three smaller cones. The wood-plate horn has five wooden plates on each cone, that can be individually rotated. The cement-plate horns have small cinder blocks attached to an acrylic plate.
All plates are removable and can be rotated, and the cones themselves are magnetically attached, allowing the two materials to mix in between.

The video below is a recording of the sounds being produced from the two horns, and an empty horn with no plates installed.

The resulting difference in soundscapes of the three horns is very audible. The cement-plate horn, much like the Cement Box from the Sound Lab project, has a lot of echo and reverb, giving a sense of immense scale and depth. The wood-plate horn seemed to block out a middle band within the frequency spectrum, making it sound thin, and unsubstantial. The empty horn was effectively crudely amplifying the sound, with an audible lack of top end or bottom of the frequency spectrum. 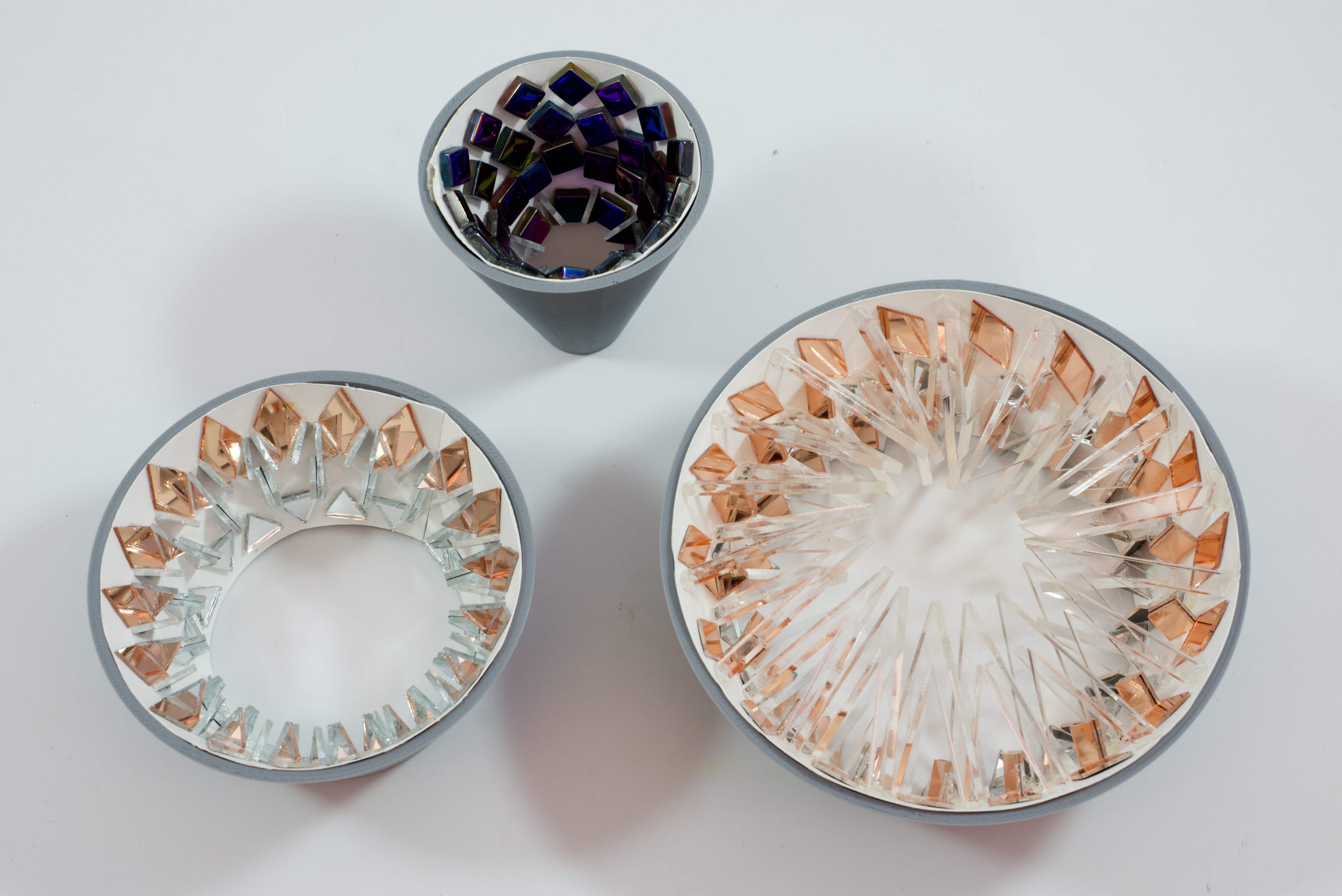 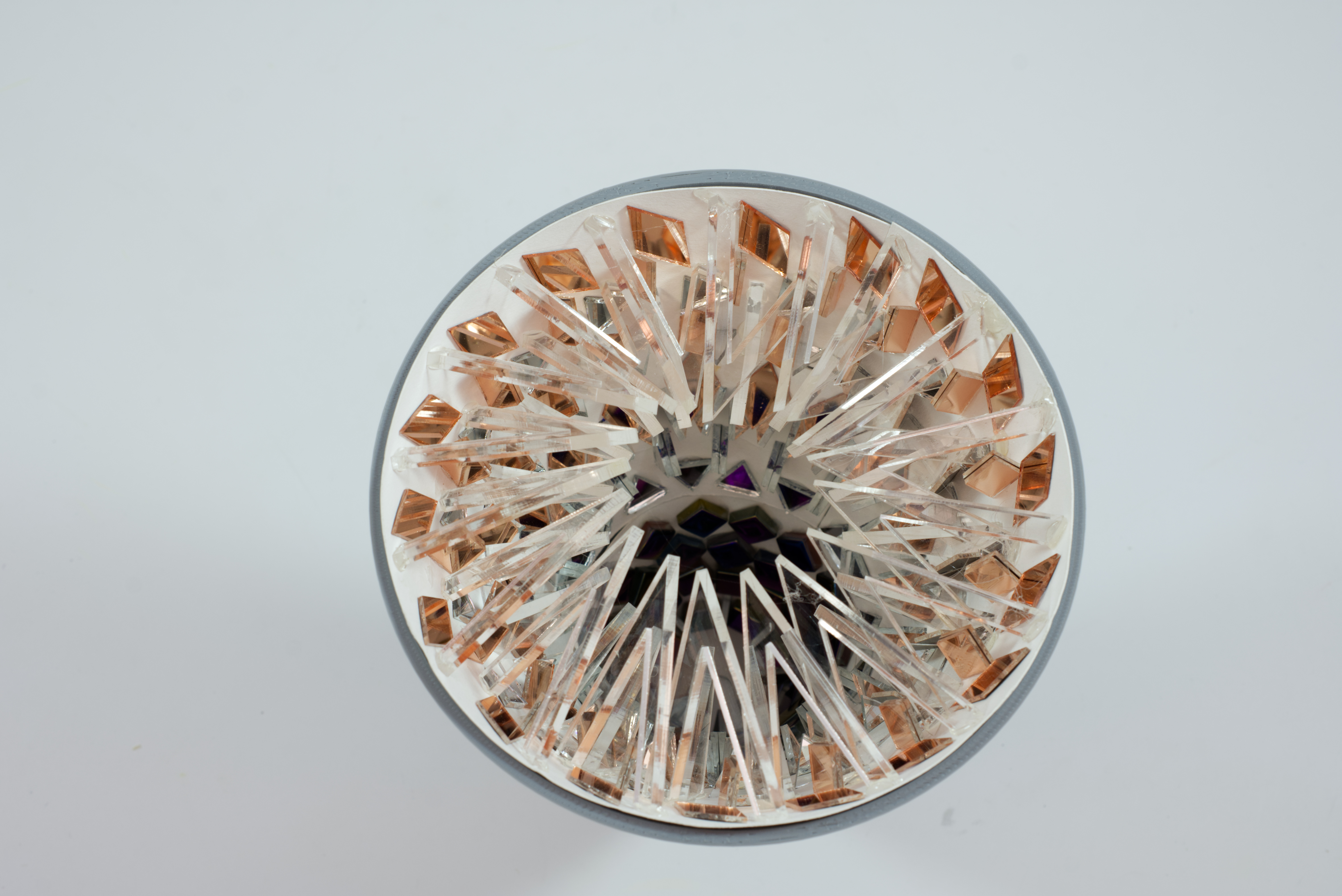 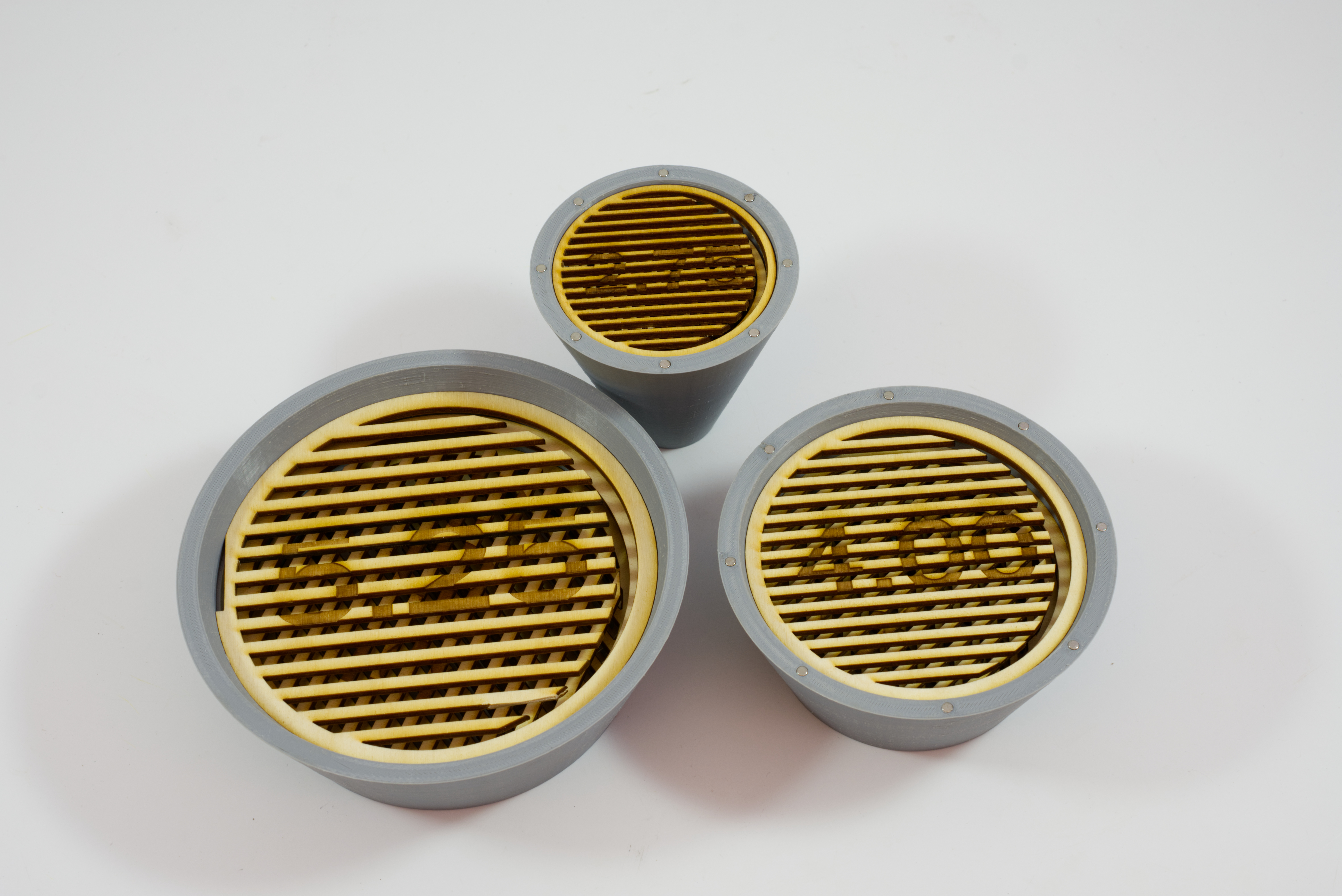 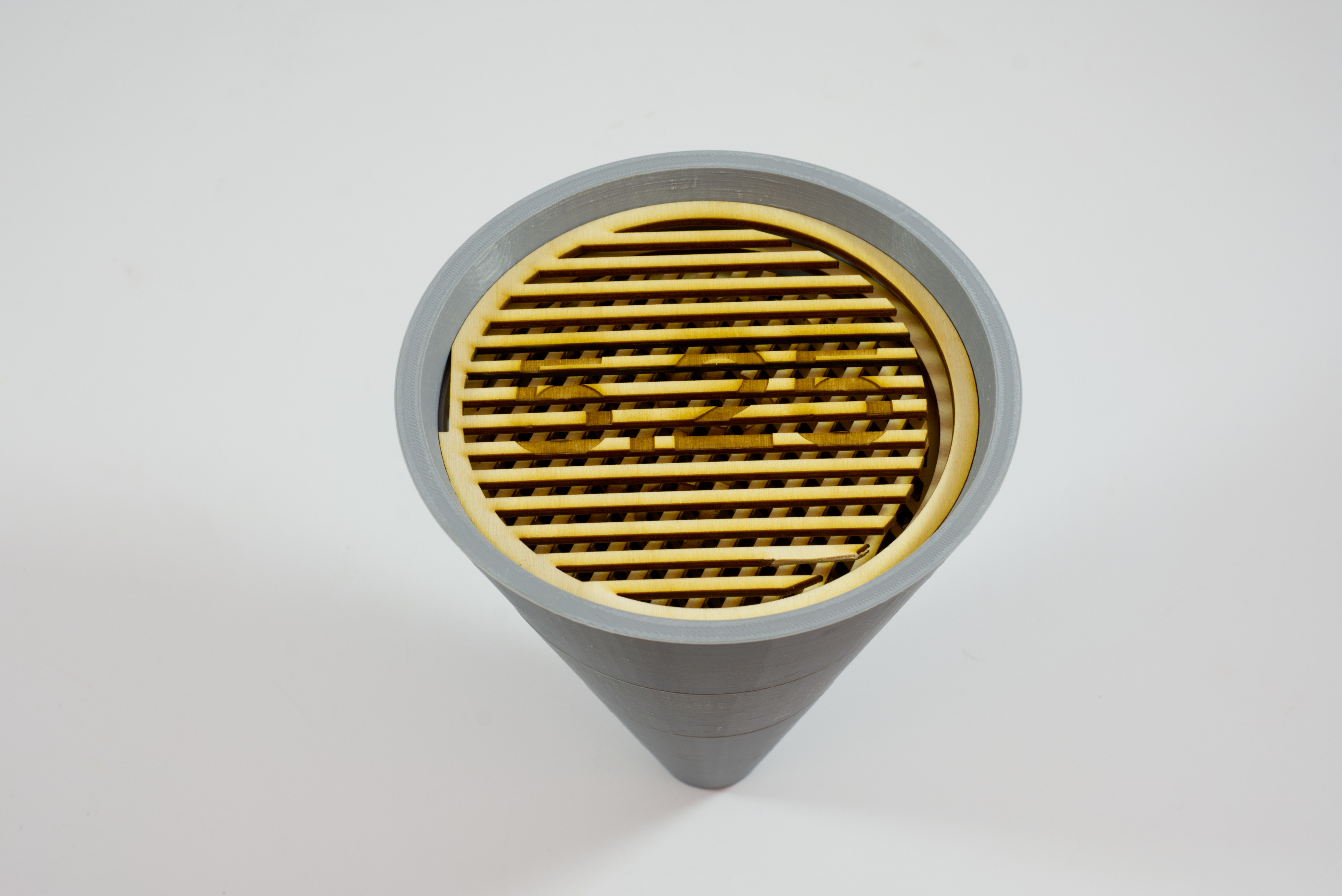 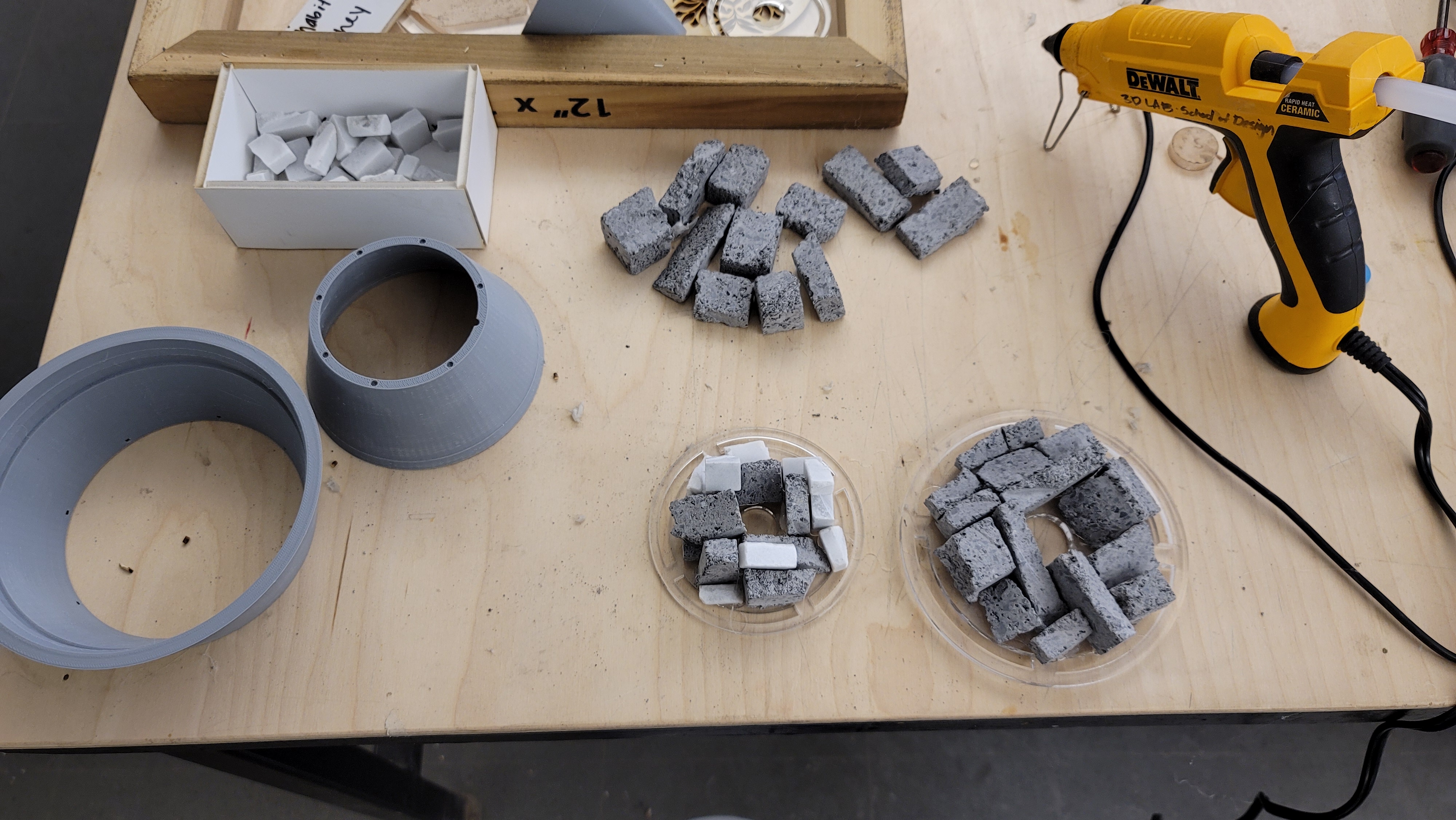 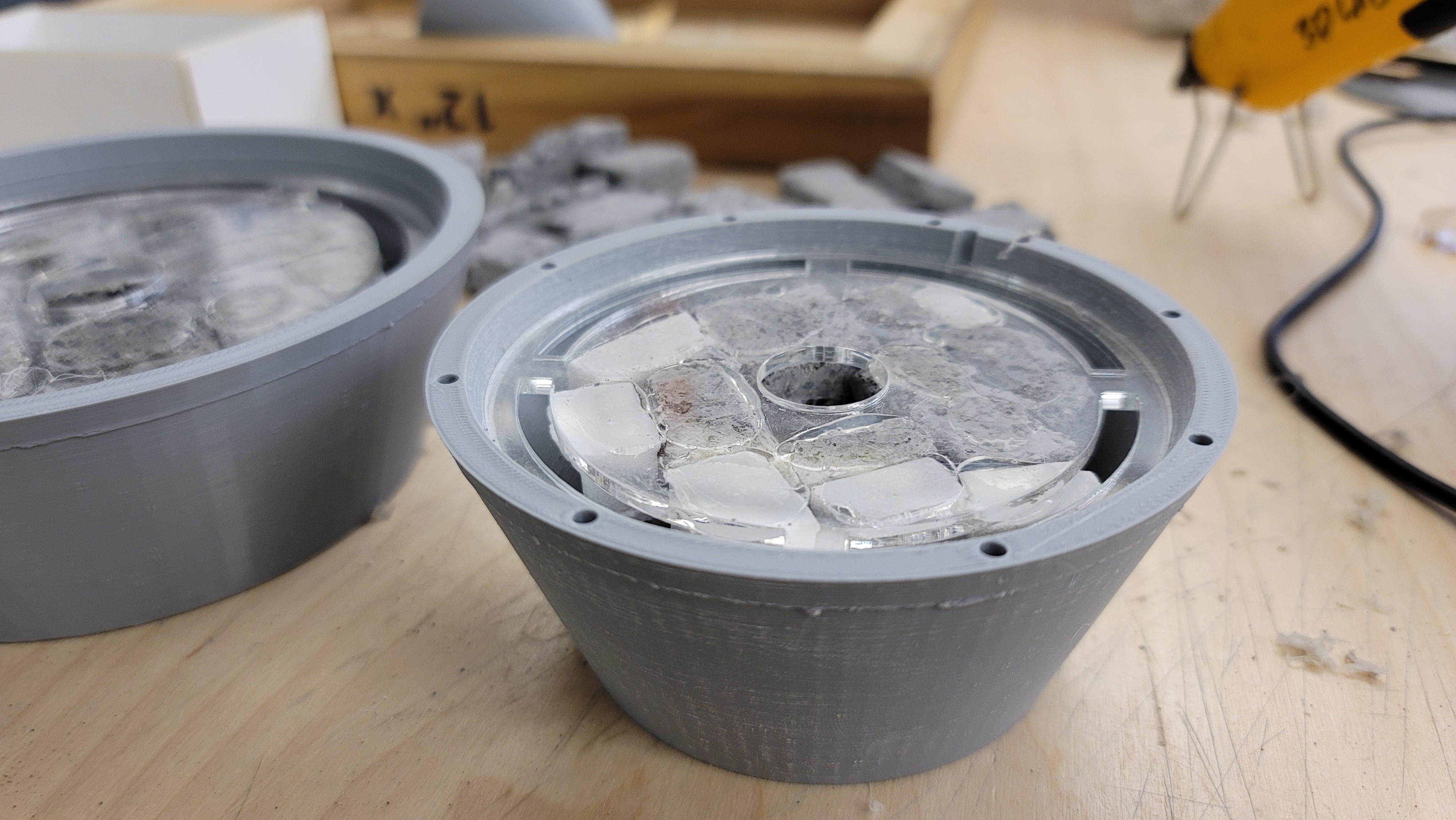 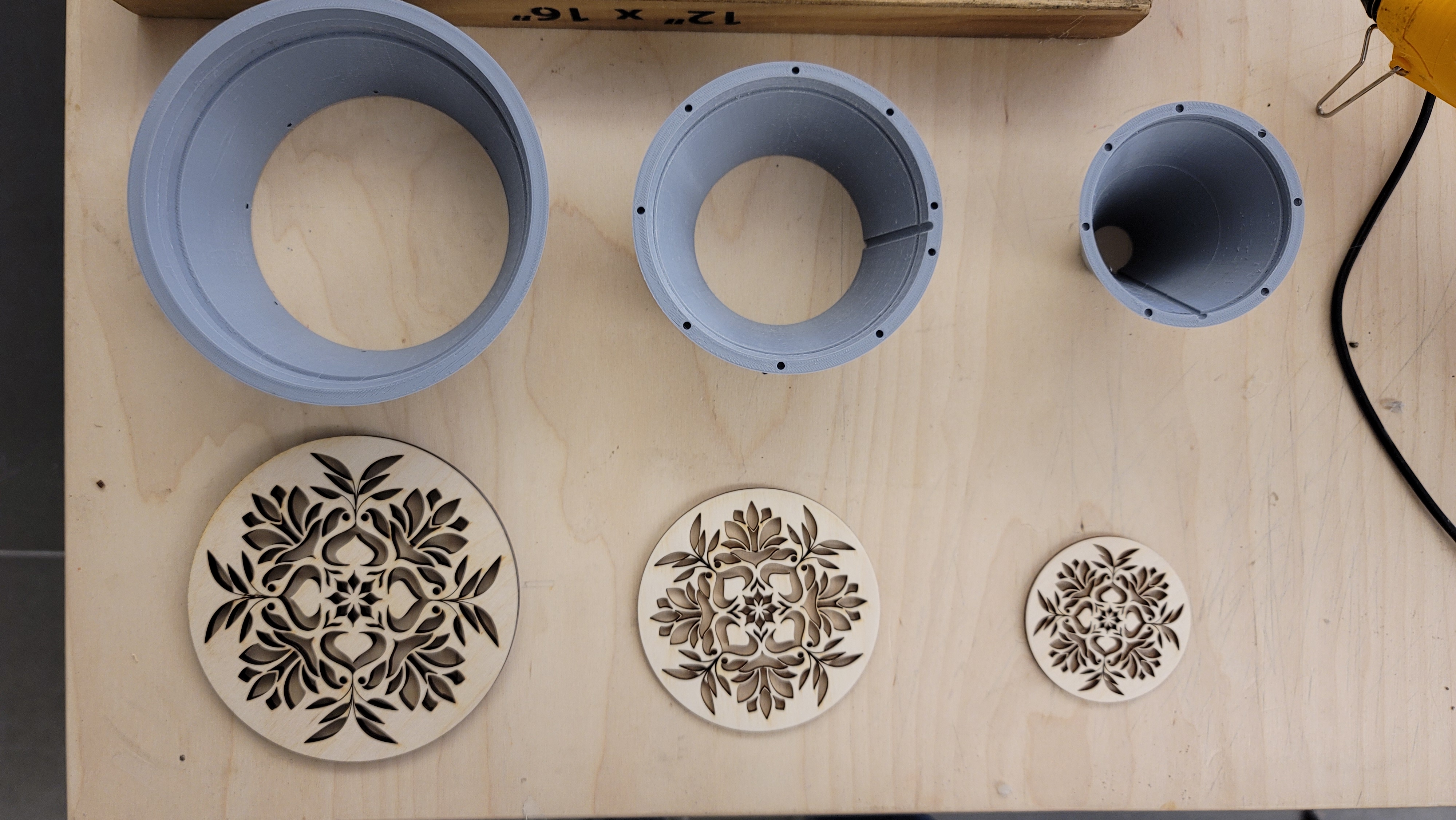 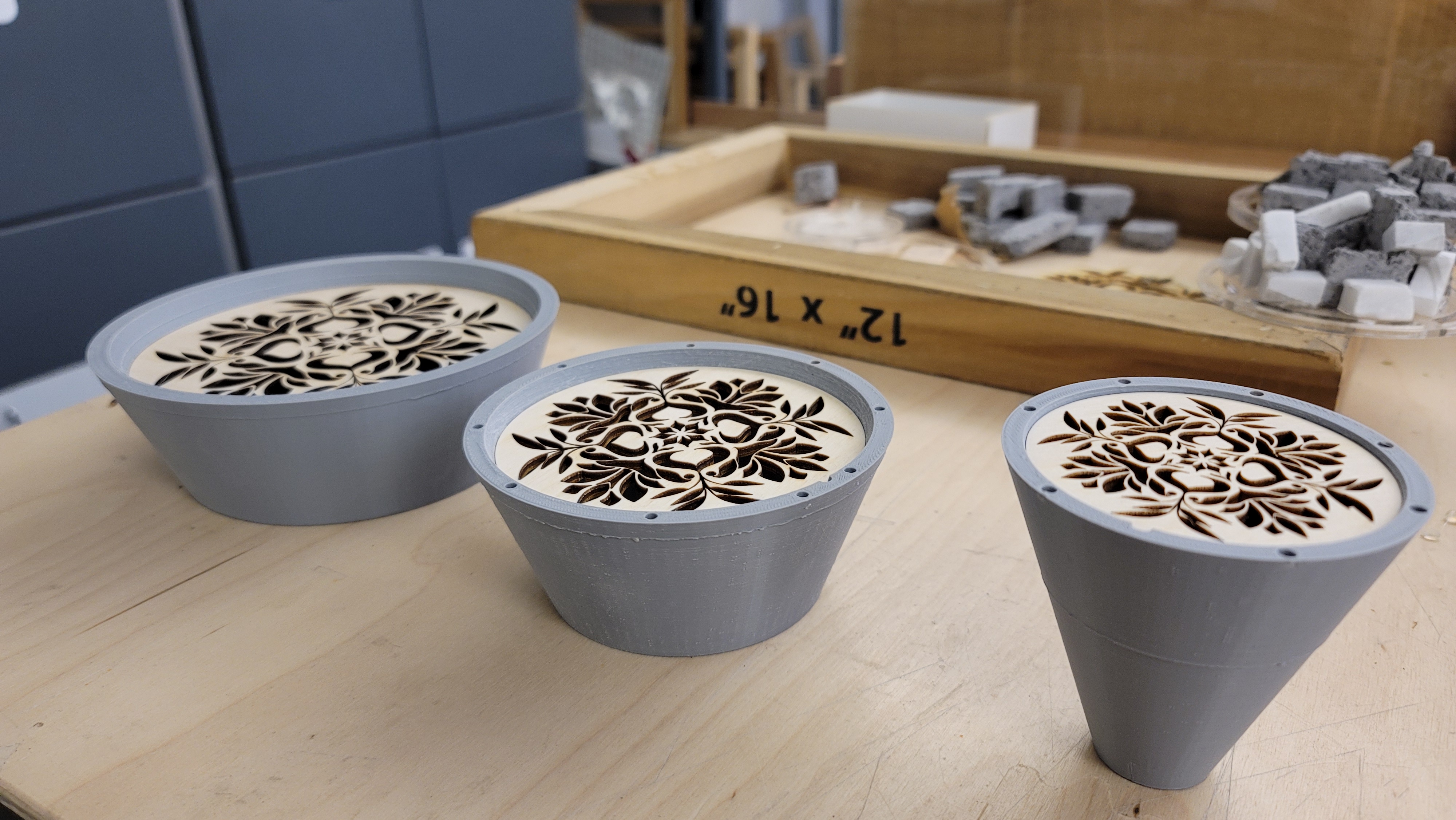 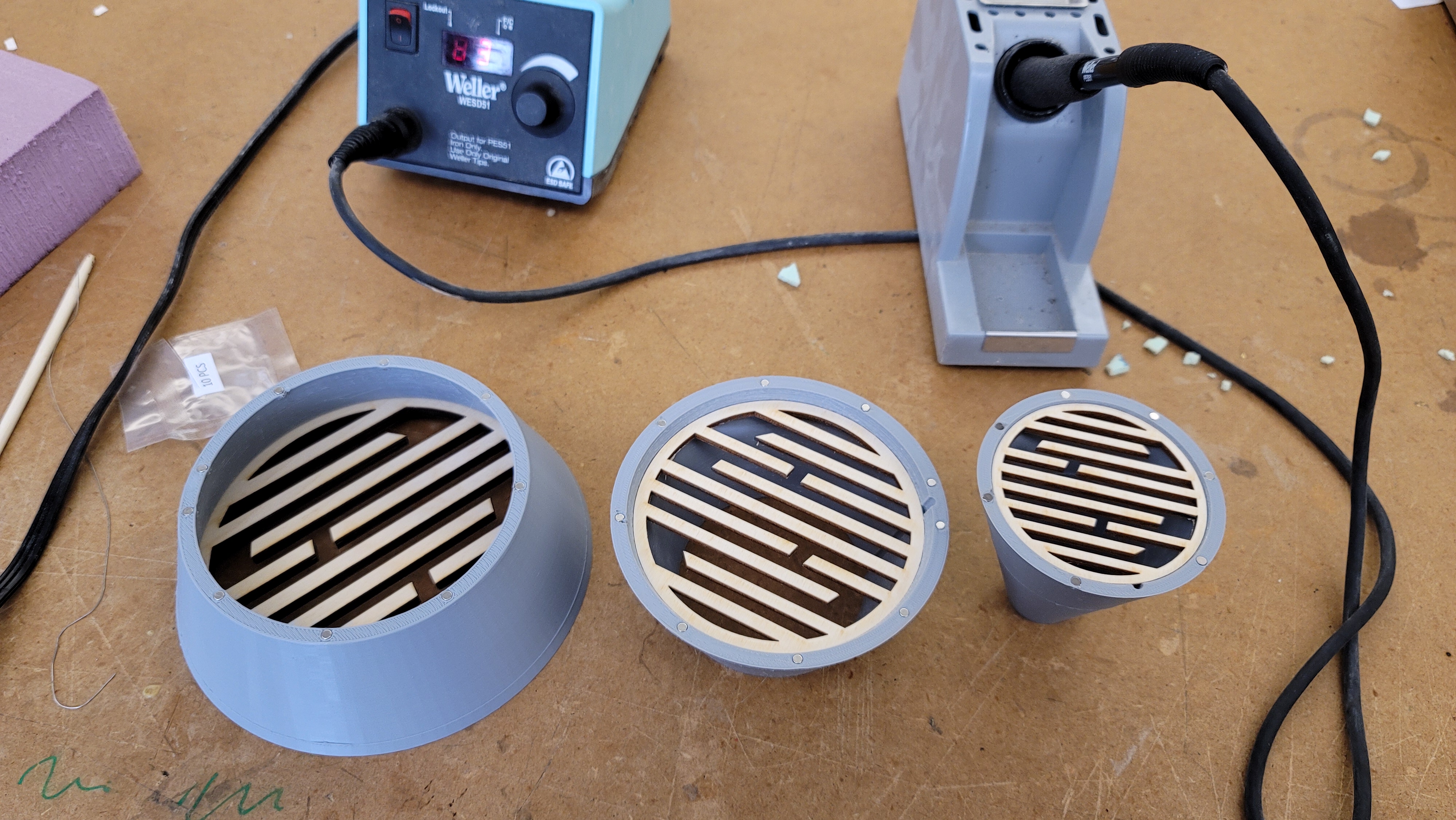 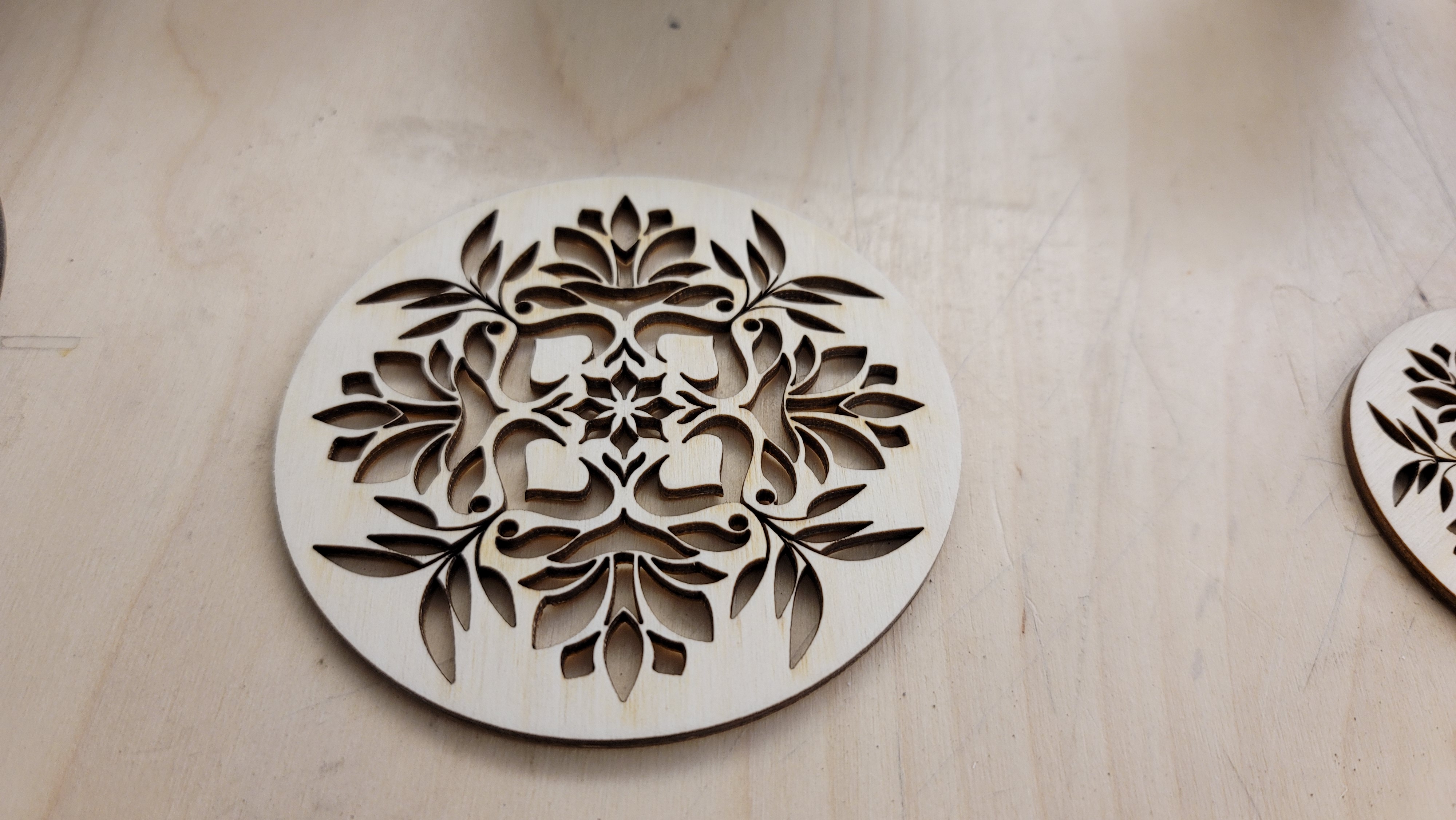 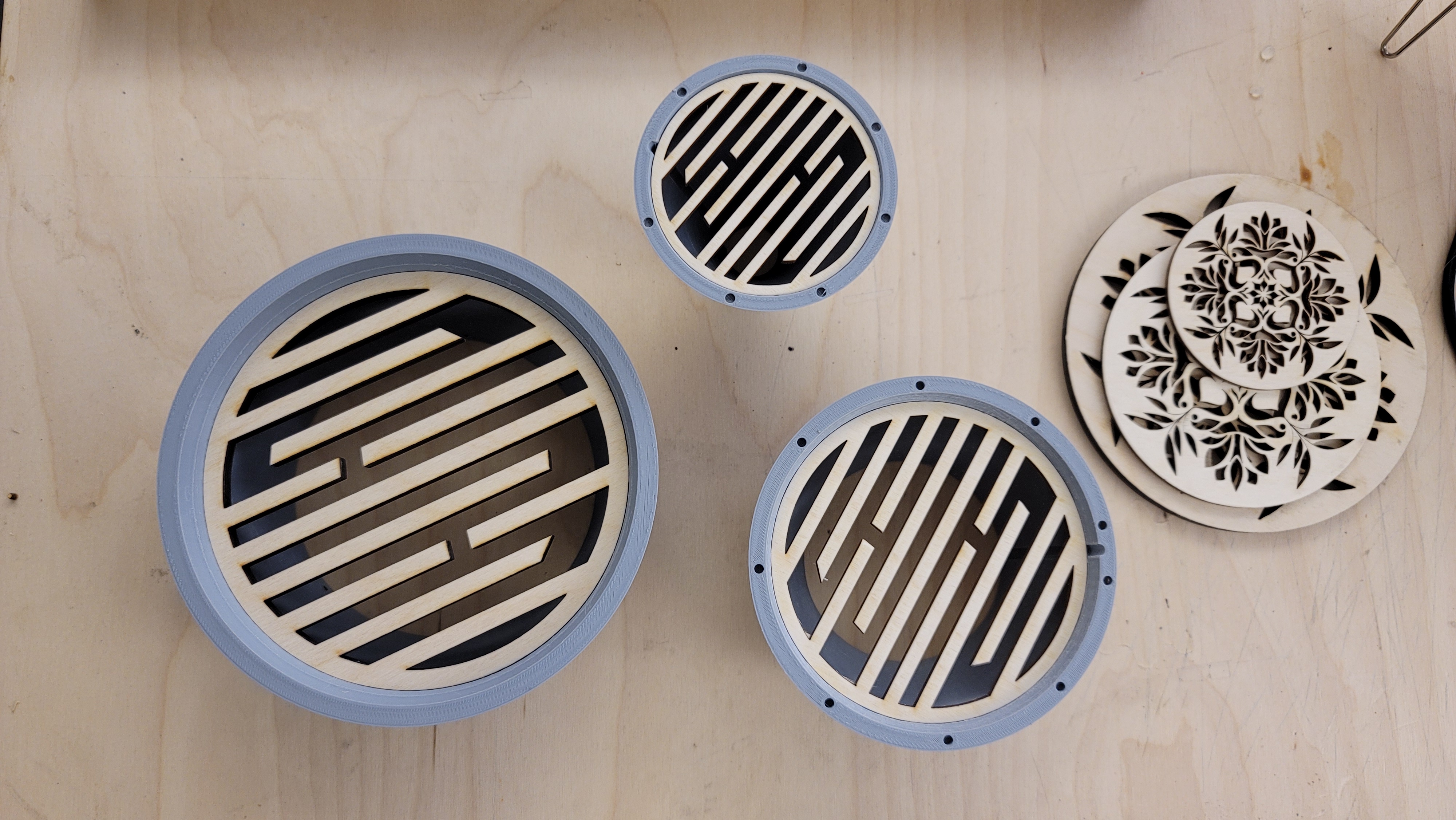 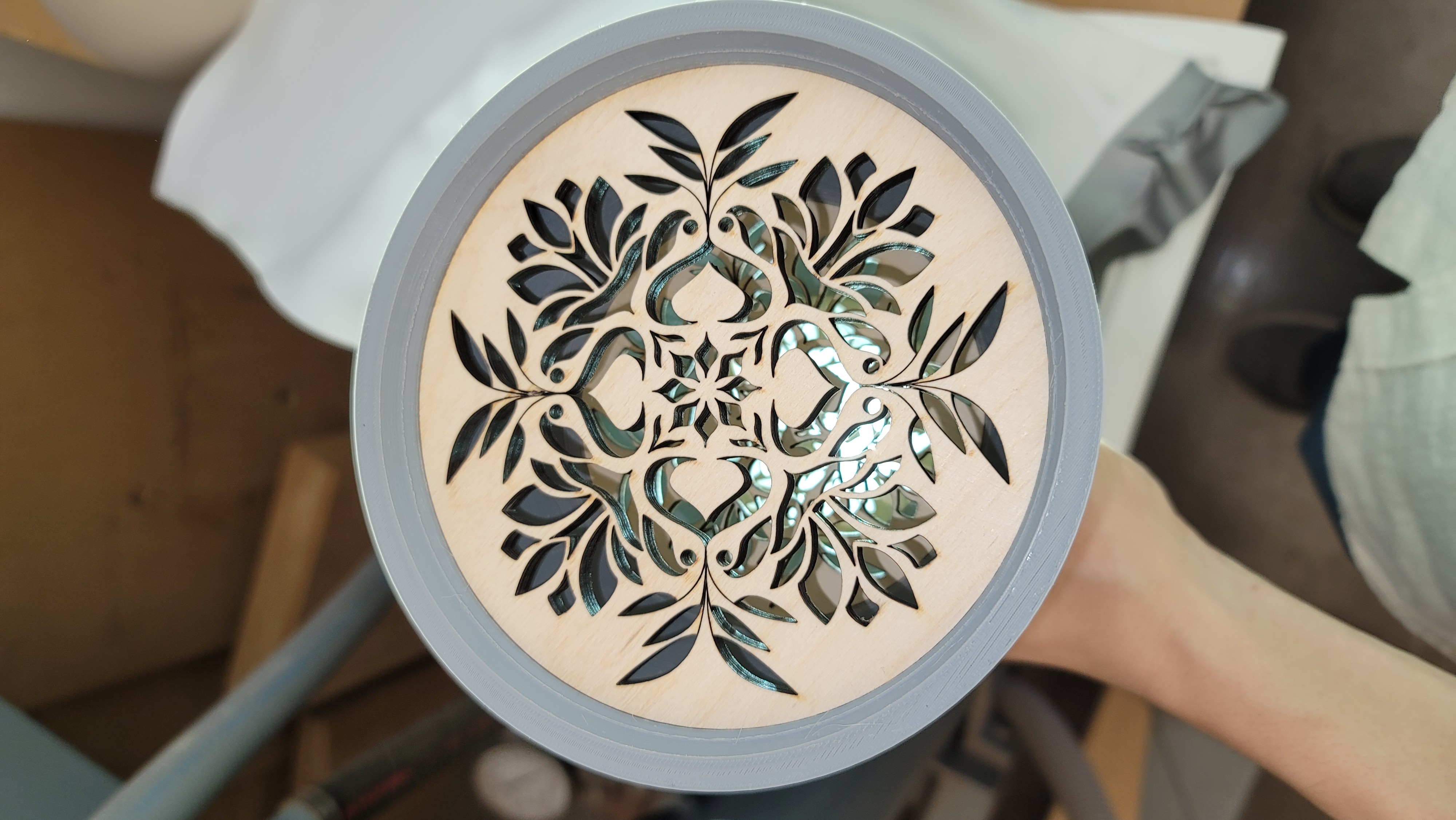 I initially explored ways to design the interiors of the horn from a 2D pattern, by transferring a fan-shaped piece of paper and rolling it up into a cone. Although this resulted in interesting patterns, it had minimal effect on the sound travelling through. In order to amplify the distortion and reflection of the sound waves travelling through, I decided to create plates with various patterns on them, creating greater hindrance and material for the sounds to bounce off of.

I used the Anechoic box from the previous Sound Lab project to produce the sound source. The throat of the horn was created to match the 1" diameter of the hole that was meant for the microphone. I placed the microphone directly in front of the horn to capture the sound travelling through the horn.
The video above is the outcome of the recordings. 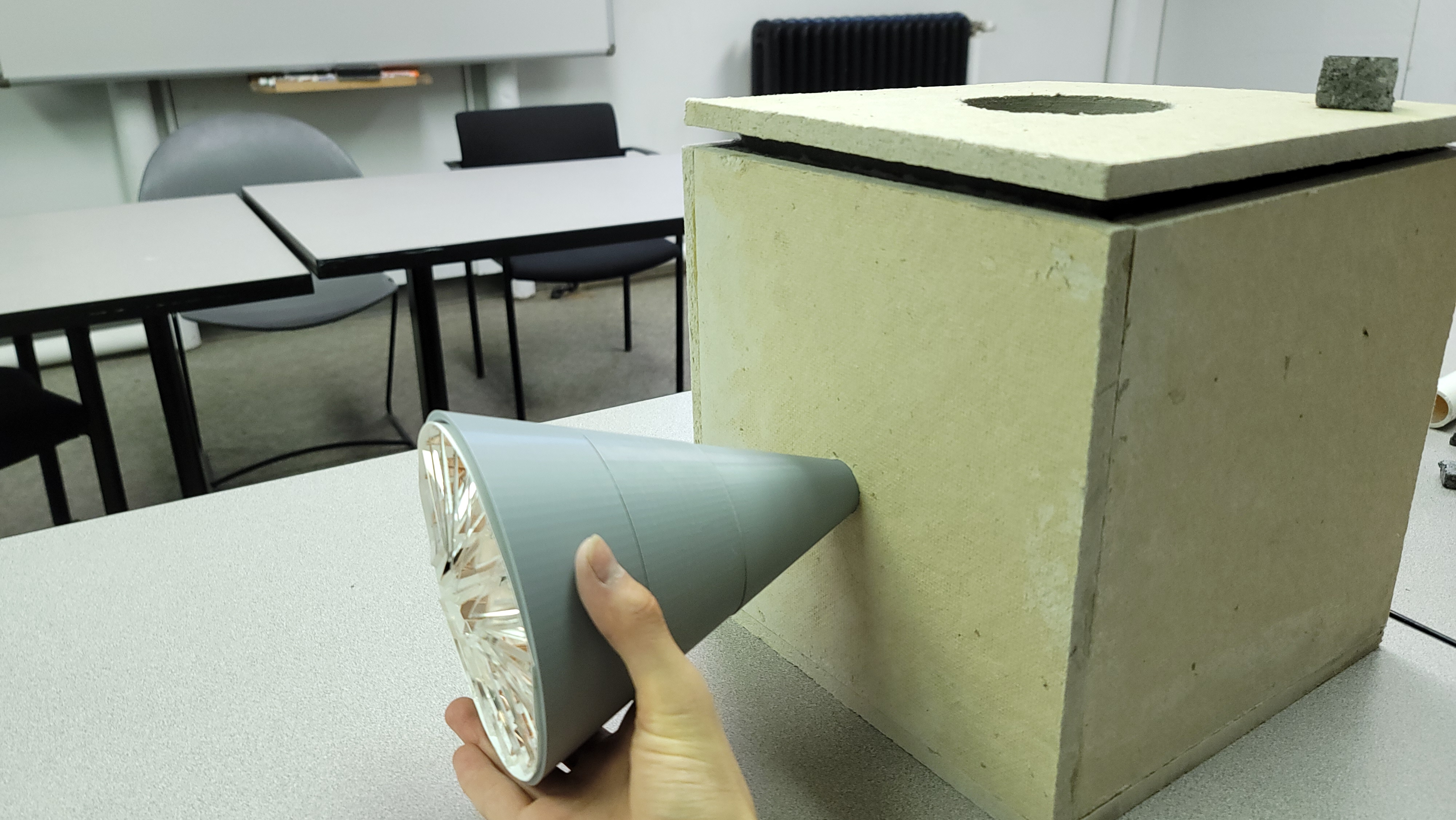